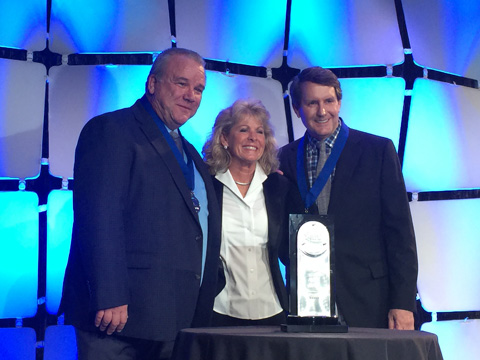 The ABC National Safety Merit Awards recognize companies who exhibit a continued commitment to jobsite safety and whose safety performance and programs are judged to be exemplary by the ABC National Environment, Health & Safety (EH&S) Committee. Awards are based on data submitted via STEP applications, essay questions and video interviews with company Presidents/CEOs/Principals about their corporate safety culture. Award categories are based on a company’s total work-hours per calendar year and placement within the North American Industry Classification System (NAICS).

“We are honored to receive an award like this; we are proud of our work force and their commitment to TRC safety culture.” said Paul Crivac, Three Rivers Corporation Safety Director. Paul indicated that reduced injuries reduce construction costs, improve employee morale and improve productivity. Three Rivers Corporation outperformed more than 160 contractors in the 500,000 to 1,000,000 man hours/year category from around the nation to win this prestigious award.

To qualify for a Safety Merit Award, a company must first demonstrate the highest levels of performance in ABC’s Safety Training Evaluation Process (STEP). Prerequisites include an Occupational Safety and Health Administration (OSHA) recordable rate that is below the national average and performance that is clearly “a step above” in 20 key safety program components. Three Rivers Corporation has re-emphasized their safety program by reiterating the Five Keys to Safety; Top Down Commitment, Strong Safety Program, Safety Culture, Continuous Improvement, and Sustainability.

“We are pleased to accept this award from the Associated Builders and Contractors,” said Three Rivers President, Randy Sherman. “Safety isn’t a state of mind; it is a way of life at Three Rivers. We empower our employees to intervene when they observe an unsafe situation or behavior. We believe this award recognizes their hard work and the dedication to safety excellence of our employees as well as our commitment to “Walk the Talk.”