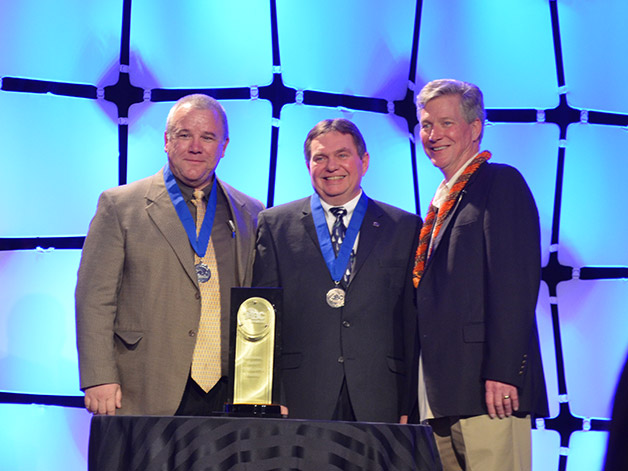 MIDLAND, MICH. – Three Rivers Corporation has earned the Associated Builders and Contractors National Safety Excellence Award. The award recognizes Three Rivers for its exemplary safety performance and programs during 2013. This award demonstrates that Three Rivers’ is dedicated to working safe.

This is Three Rivers’ sixth time winning this award since 2000. You are only eligible to apply for this award every other year. “This is an honor to receive an award like this, we are proud of our work force and their dedication to safety and to “Walk the Talk” when it comes to safety performance.” said Paul Crivac, Three Rivers Corporation Safety Director. Paul indicates that reduced injuries reduce construction costs, improve employee morale and improve productivity. Three Rivers Corporation outperformed contractors from around the nation to win this prestigious award.

ABC formally recognizes Three Rivers for its excellent safety programs and performance at the ABC 24th Annual Excellence in Construction Awards at the Grand Wailea in Maui, Hawaii, on February 11, 2014.