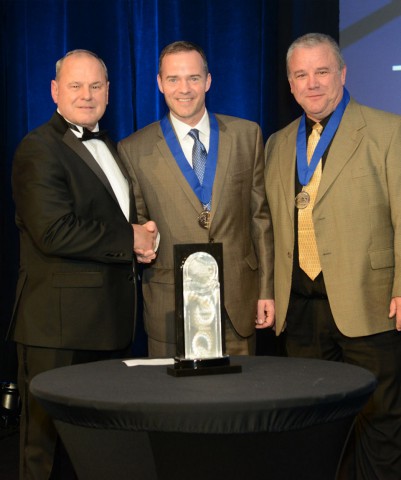 “ABC is proud to honor Three Rivers Corporation with a National Safety Merit Award for demonstrating an extraordinary commitment to safety and outstanding safety performance,” said Michael D. Bellaman, ABC president and CEO. “Three Rivers Corporation has truly shown a dedication to becoming one of the leaders for the industry by striving to create the safest work environment possible for its employees.”

To qualify for a Safety Merit Award, a company must first demonstrate the highest level of performance – Platinum – in ABC’s Safety Training Evaluation Process (STEP). Prerequisites include an Occupational Safety and Health Administration (OSHA) recordable rate that is below the national average and performance that is clearly “a step above” in 20 key safety program components. “This is an honor to receive an award like this, we are proud of our work force and their dedication to the highest levels of safety performance.” said Dan Kozakiewicz, Three Rivers’ President. Dan indicates that reduced injuries reduce construction costs, improve employee morale and improve productivity.