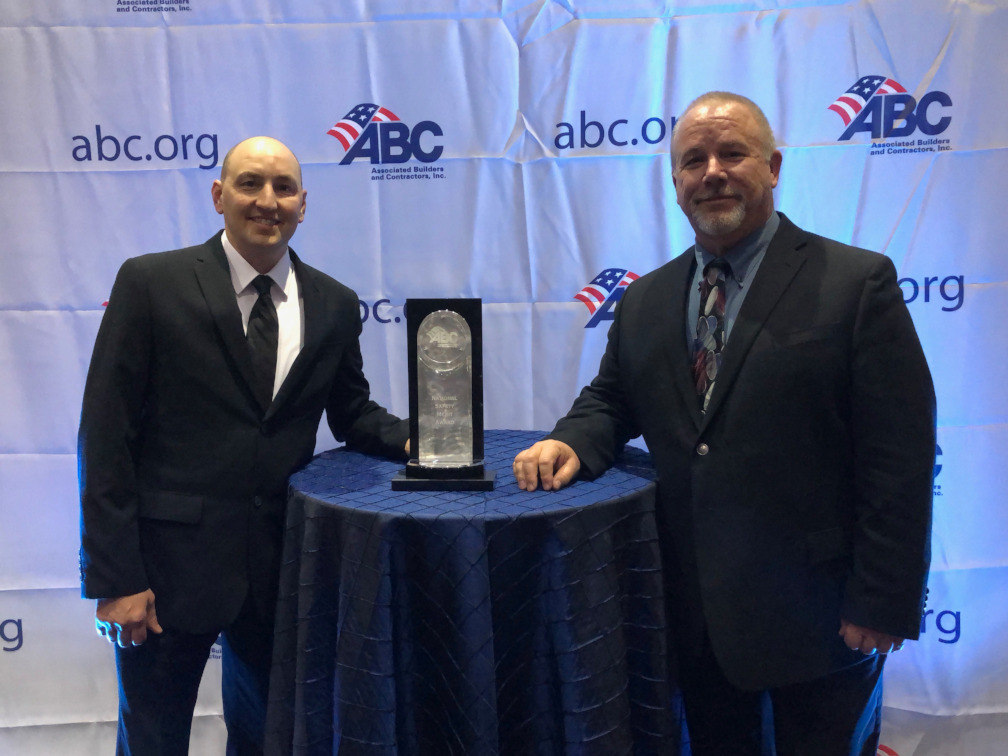 The ABC National Safety Merit Awards recognize companies who exhibit a continued commitment to jobsite safety and whose safety performance and programs are judged to be exemplary by the ABC National Environment, Health & Safety (EH&S) Committee. Awards are based on data submitted via STEP applications, essay questions and video interviews with company Presidents/CEOs/Principals about their corporate safety culture. Award categories are based on a company’s total work-hours per calendar year and placement within the North American Industry Classification System (NAICS).

To qualify for a Safety Merit Award, a company must first demonstrate the highest levels of performance in ABC’s Safety Training Evaluation Process (STEP). Requirements include that the national safety winners were judged on self-evaluation scores, lost workday case rates, total recordable rates, leading indicator use, and process and program innovations. After the company has met or exceeded the qualification of the application the company is interviewed by members of ABC’s National Environment, Health & Safety Committee. After all of this is complete to committee evaluates the companies.

“Three Rivers Corporation’s safety culture demonstrates how a companywide commitment to safety as a core value can deliver results,” said Jon Lynch, President of Three Rivers Corporation. “Every incident can be preventable and our goal is to help drive the industry toward zero-incident jobsites. I am very proud of our team and commitment they make to safety every day.”